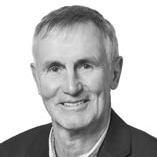 Having worked as a leading real estate lawyer for many years, Jon Vivian is now assisting Edwards Gibson with senior level legal recruitment.

Before qualifying as a lawyer, Jon was educated at the University of Cambridge where he obtained two law degrees. Since then, a career in leading law firms spanning over four decades has granted him extensive experience of the real estate market.

After becoming a partner in 1985, Jon went on to lead the real estate practice at SJ Berwin and was also a member of the firm's main board. He then joined Irwin Mitchell in 2010 where he was head of real estate as well as the head of the firm's London office.

During his career he has acted for a wide variety of leading clients in the property sector, particularly those with expertise in logistics, such as Gazeley, Prestbury and SEGRO.

In addition to his work at Edwards Gibson, Jon acts as an Ambassador for KPMG.